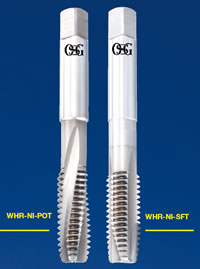 In the past, Nickel Alloys – which is known for heat-resistance, toughness, and draw into wire has been used for the production of turbine blade of jet engines, as well as other aircraft components. Recently, nickel alloys have been used in an increased number of applications, such as for the production of automobile parts and household heating equipment. Due to the special characteristics of nickel alloys and the increasing demands of customers, OSG Corporation, the world’s leading producer of cutting tools, has developed and released a new range of taps in the WHR-NI series which are made from nickel alloy and have been given a silver HR coating of 2μm. The coating has a friction coefficient of just 2.5 and good anti-welding properties with metal scraps. All of this means that the taps in the WHR-NI series are strong, wear resistant and have a highly stable cutting efficiency. The taps are available to choose according to the types of work. There is the WHR-NI-POT series for point taps and the WHR-NI-SFT for spiral taps. GH1,2 Upper tolerance : 0.013×n Lower tolerance : (upper limit)−0.013 Unit : mm (n=GH number) GH3 over Upper tolerance : 0.013×(n-2)+0.025 Lower tolerance : (upper limit)−0.013 Unit : mm (n=GH number) To machine threads for aircraft components that require high precision,we used GH precision, which has a narrower tolerance than OH precision. 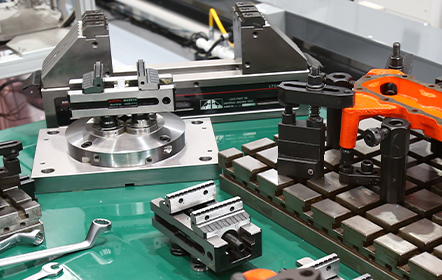